If you had been to Ghana but did not visit one of its many festivals, has missed Ghana! One of these is the Chale Wote Festival in Accra. I know something similar from home. In the city of Mannheim, the “Nachtwandel” takes place annually in the Jungbusch. Then Mannheim’s streets turn into a studio of street art to join in, touch and experience. At least as exciting and interactive is the Chale Wote Festival. That is why it is an absolute must for art and culture lovers!

Contrary to what you would expect at first sight, this is NOT a historic African festival. Thus the body painting and disguise on the first image has no traditional or spiritual background. Or let’s say ALMOST. The reason: the festival just celebrated its 6th birthday this year and is therefore pretty young. Young are also most of the participants. The festival is a modern event of the young creative scene in Accra. The creative energy reminded me somehow on the scene in Berlin.

Chale Wote Festival – Where does the name come from

The name Chale Wote comes from the language of the Ga. The Ga again is a tribe which originally lived in the area around Accra. Chale Wote means “Hey man, let’s go!” With the consciously chosen name, an atmosphere of departure was created.

Hey Chale, Charle, Challey or Charlie is a word that you will hear in all corners of Ghana during the first days. The word is used to address people directly but without concrete names. It serves as the placeholder for the actual name. In English you could translate it as “Hey man” or “Hey my friend”. I don’t know the behaviors in English speaking countries. But in Germany to your taxi driver you never would say “My friend”, without knowing him. Here in Ghana you soon get used to it. However I learned in Ghana to address people with just “Hey” or “Hello” is seen as rude. More about this in another article.

As mentioned, this festival is not very old. The first event took place in 2011. Since then, it has been organized annually and has grown with every year. Since its first year, the festival has evolved steadily. Whiles it took place for only one day in 2011, in 2014 it already expands to two days. In the year 2016 it was even extended up to 4 days. Moreover the event seems to be on a fix date since the year 2014. In the years before 2014 the dates were still irregular.

After all, in 2015, the Chale Wote Festival has attracted around 10,000 visitors from all over the world. It is thus one of the largest street art festivals in West Africa. If it is not even the only one. Even a superficial research for the whole of Africa did not show a similar event at first sight.

Chale Wote Festival – When and Where?

Since 2014 it happened regularly on the penultimate weekend in August. This is the weekend after the famous Homowo Festival of the Ga people. The location is the oldest district of Accra. There in Jamestown it is organized around the old colonial lighthouse tower in the Clelandroad. The main organizer is Accra [dot] Altradio.

The Chale Wote Festival as an experimental platform

The Chale Wote Festival is also used as an experimental platform to create something new. Likewise, the artists use the festival to provoke. To soften old, conservative, crusted patterns of thought and to direct them into new paths. The art should encourage to reflect. It should create inspiration. In addition to the artistic aspect, the event also serves as a breeding ground for new political approaches. The event combines traditional African art with the modern Africa of tomorrow. However, it also impressively shows the Africa of today with its opportunities and its actual problems.

What to see at the Chale Wote Festival

The Chale Wote Festival has a very lively character. You can see street art of all facets. In addition to the street painter, you will find word-artists, stage-artists, actors, photographers, fashion designers, and also extreme sportsmen, who present their creative works and put them into action. Furthermore, various parades and different workshops are held. Movies are shown and also musicians perform their plays. On each corner you can see diverse live performers like the two show boxers on my pictures. Of course, besides the art you will find a selection of authentic local dishes and drinks. Okey, okey “besides art” wasn’t correct, cause even cooking is an art itself.

Conclusion: If you want to discover the Ghana or the West Africa of tomorrow, here you will find it. With all its facets, the Chale Wote Festival has a very lively character. It is also very interactive, because the art happens directly in front of you and directly in between the crowd. Everywhere – and at every corner. There is much to see and it will certainly not be boring. But there’s not only art to watch. Moreover you can buy several works of art there. Who knows, maybe Accra becomes the Berlin of Africa. Or who knows maybe one day it will be the germ cell for the first gay pride in Westafrica. The potential is there to open up peoples mind in a positiv way.

Amedzofe in Ghana - a city close to heaven

My opinion: It is definitely worth seeing it. Above all, one can see clearly: Ghana is developing!

Thank you for reading. 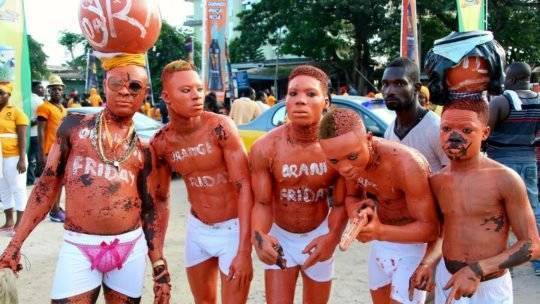 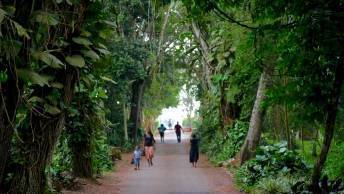 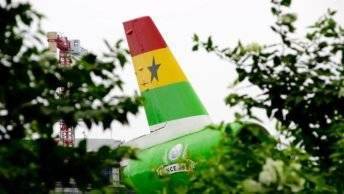 AKWAABA – Means “Welcome” in Twi. Twi? Is that the Ghanaian tongue? Ghana is like most African countries a multiethnic...